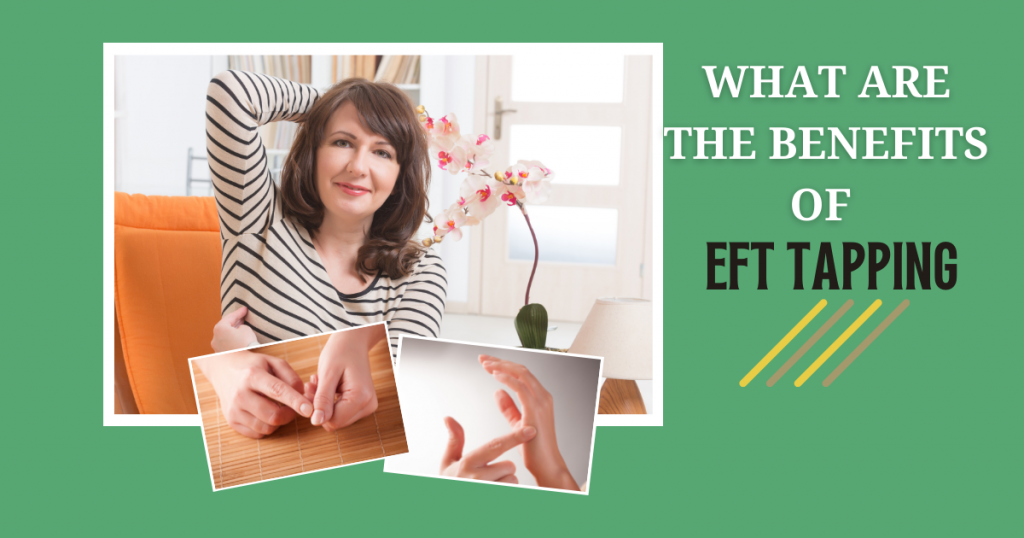 What Techniques Are Used in EFT?

There are a few different ways people choose to execute the Emotional Freedom Technique. The best thing to do is to experiment on your own and see which method produces the best results for you. The nice thing is you can customize a tapping regime that works for you and make it personal.

In order to stimulate your mind and body to re-focus faster and work through your deep-seated emotional and physical issues, many people find adding their verbal positive affirmations to their tapping sequence helps to ground them and focus their energy. It is a way to express your self-love, patience, and forgiveness with yourself while you are working through the healing process.

At first, it may seem or feel funny to speak to yourself as you are tapping, however, studies show that verbalizing our intentions helps to manifest results faster. (Think of how actors and actresses go over their “lines” repeatedly out loud to help memorize as opposed to simply reading the lines in their heads).

This empowering method to unblock negative energy was made popular by Dr. Patricia Carrington. For many people, especially those with deep self-esteem issues, saying the last part of the phrase “I deeply love and accept myself,” can be difficult. There are times when the traditional saying does not fit well with the affirmation you are using as, for instance, if your issue was only minor.

Making the subtle change to the last half of the sentence can make all the difference. With this method, you would change the affirmation to something similar to: “Even though I have this craving for cigarettes, I choose to live a healthier, happier lifestyle.” This method empowers people to choose to make a positive change in their life and bring in a variety of positives while you are acknowledging the negative behavior pattern you are working through.

Be as specific as possible with your wording when you are developing your affirmations. Use lots of positive adjectives to customize your intentions to be exactly what you want. It doesn’t actually matter if you believe in your affirmation at first, just say it and get the words going while you are tapping. This may feel like you are lying to yourself at first, but be patient. State your affirmations with enthusiasm and power. It is ok to “Fake It Till You Make It” in the beginning.

Be patient and kind with yourself. Often you are dealing with issues and emotions that you have been harboring for many years. It can be a very emotional process as you are releasing this negative energy. Understand that you are learning a new life-changing tool and this takes some time for some people to incorporate into their comfort zone.

Where Do You Find the Right Tapping Points?

The tapping points are situated in specific locations on your body and correspond to meridian energy points.

The Karate Chop Point is the hand point. It is typically utilized for the simple tapping techniques in EFT, the setup statement part of the affirmation as well as psychological reversals. The (KC) is found on the soft and fleshy portion of the non-dominant hand, between the wrist and the base of the little finger (outside edge of the hand). It is aptly named as it refers to the part of the hand that would karate chop a block of wood.

Some of the emotional releases associated with the karate chop include worry and obsessive behaviors. Stimulating this point is helpful in overcoming these feelings.

Some individuals believe that stimulating this area awakens the entire energy system and encourages the mind and body to pay attention to what we are specifically about to address. This point is extremely sensitive and it is important to be extremely gentle when tapping at this location.

Releases for the top of the head include lack of focus, inner critic, and redundant thinking. This location allows for wisdom, clarity, spiritual connection, focus, spiritual discernment, and intuition.

The eyebrow point is found on the dominant side at the start of the eyebrow, above the bridge of your nose. It helps you to heal feelings of deep sadness and inner hurts.

Side of The Eye

This point is found on the dominant side at the end of the eyebrow towards the edge of your temple. It is helpful in releasing anger emotions and for providing clarity of thought.

This point is located directly under the pupil on the eye socket bone. Tap here if you are feeling worried and anxious. This is your calming point.

This point is found between the nose and the lip. To help with feelings of guilt and shame, tap here to overcome your feeling and find self-acceptance.

This tapping point is found between the chin and the lower lip, just under the bottom lip. Releases include feelings of embarrassment, uncertainty, and shame and like the under nose point, allow self-acceptance.

This point is found just under the protruding bone of the collarbone or clavicle and helps release anxiety and stress.

Found approximately 6 inches below the armpit; for woman, this is in the bra strap region. Emotional releases include poor self-esteem and hopelessness.

Start tapping today for allowing more self-worth into your life.