Deciding What Bad Habit You Want To Break First 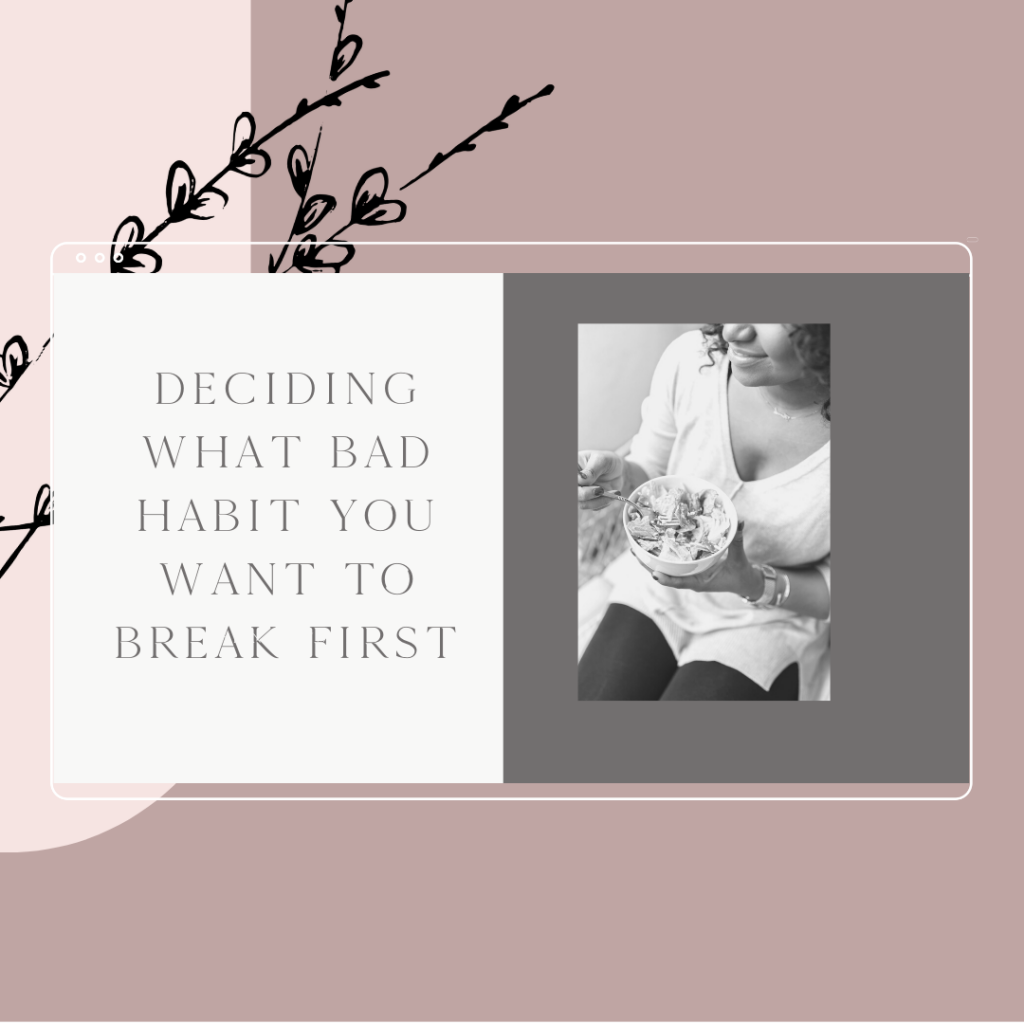 Identifying your habits is the first step towards gaining healthier habits that work for you, not against you. Once you have your habits identified, you can analyze which habits you’d like to keep and which ones you may want to rid yourself of. Most everyone has some sort of habit they’d like to change. How do we know which negative behavior we want to change first?

Bad habits range in severity. If any of your behaviors are detrimental to your health, start with that first. In some cases, you may need the help of a counselor to do so, if you cannot on your own. Take quitting smoking, for example, if you notice that every day after lunch you want to smoke a cigarette, try replacing that desire with something else. Instead of reaching for the cigarette, chew a piece of gum, or call a family member that you know supports your decision to quit. Even if you cut down on a few a day, you are closer to your goal.

Next, you should choose to break habits that hold you back from happiness. A pretty common example of a habit that will affect your happiness is negative self-talk. Oftentimes, people do this without even realizing it. Making a conscious effort to remain positive will greatly improve overall mood and happiness. Affirmations are positive sentences that you can repeat to yourself several times a day. This helps keep positivity on track and ultimately help you reach your goals.

It’s important to not change too many habits at once. Start by picking one habit you want to change that you believe is detrimental to you moving forward toward your goal. Try making a few changes to that one bad habit that you’ve picked. Let’s say your goal is to get healthier physically by starting to go for a walk every morning. Start small, like a short walk around the neighborhood instead of expecting to start with a five-mile walk. Set small goals that will eventually lead you to your ultimate goal.

Finally, don’t be too hard on yourself. Everyone has habits they would like to change. The first step is to acknowledge the habits you want to change. Then, you will be able to move forward in achieving your goals.

The Basics Of Breaking Bad Habits 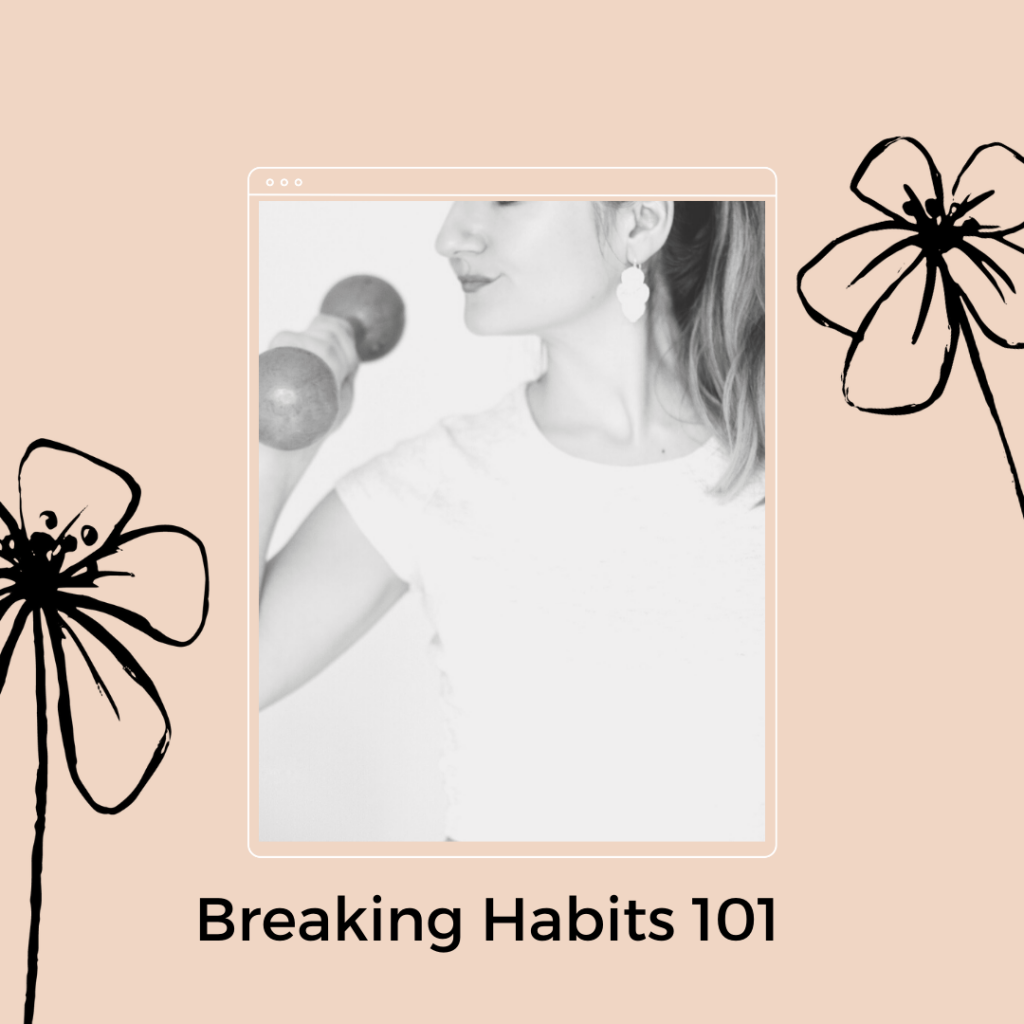 We know that everyone has habits. Some habits are considered “good” because they make a positive impact on your life. Other habits are considered “bad,” as the behavior doesn’t improve your life or get you closer to your goals. In many cases, bad habits can pose a negative effect on your life. Bad habits can hold us back from achieving what we really want. Changing your bad habits in an effort to enrich your life isn’t necessarily easy. As the old saying goes, “old habits die hard.” Although breaking a bad habit may be tough, it’s not impossible.

The first action to take in order to break a bad habit is habit recognition. You must realize the behaviors you repeat daily and decide whether they are helpful to you or if they create a barrier to your goals. Auditing your habits can be made easier by logging your behaviors for a week and then reflecting on which habits you want to change. Once you’ve identified a behavior that you would like to change, there are some strategies you can use to break your bad habit.

Let’s imagine that after logging your habits, you come to the conclusion that you feel that you drink too much coffee in the morning. You’ve decided you want to change that behavior. One strategy that may help you change your habit is to come up with a substitute for it. Many times, part of what drives our habits is physical. Like the physical feeling of holding a warm mug and drinking something soothing and hot in the morning. Try to mimic that physical sensation, but with something else. If you substitute your daily coffee with hot tea, for example, you can keep the physical feeling, while becoming healthier and achieving your goal of less coffee consumption.

Another strategy that can help you kick a bad habit is to get rid of as many triggers as possible. After identifying what your bad habit is, think about how you feel before that behavior- that’s the trigger. If the bad habit is biting your nails, for instance, you may feel stress or anxiety before you start the behavior. Stress would be the trigger. Find other ways to manage your feelings and behaviors when a specific trigger comes up.

Start small. Do not try to make a list of ten behaviors you want to change and try to change them all at once. That will set you up for failure. Instead, start by trying to slowly break one bad habit. Breaking your habit slowly will ensure a higher success rate. So, if you want to become more active, start with 15 minutes of activity, not by trying to run a 5k. Remember to forgive yourself and move forward if you revert to your bad habit. It’s never too late to try again.

Why It Takes So Long To Break Bad Habits 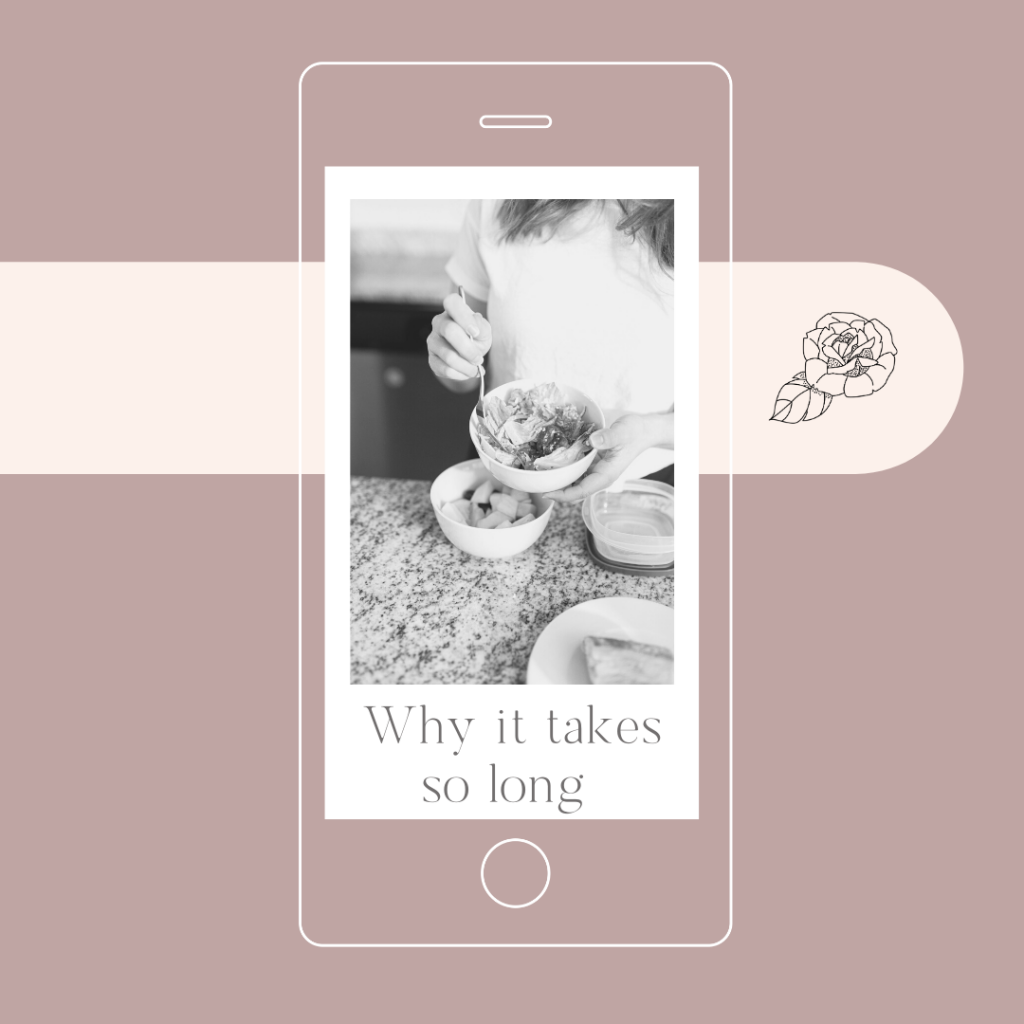 Humans are creatures of habit. And if you’ve ever tried to break a bad habit you’ve had, you know it’s not an easy task. Habits are behaviors that have been repeated so often that they become almost like second nature. We no longer have to think about doing them. This is great if the behavior is a desirable one, such as eating healthy regularly. But, when the behavior is perceived as negative, that habit should be changed in order to achieve a positive outcome. Easier said than done, because habits are so ingrained in us, they actually affect your brain.

Habits are formed when a certain cue or trigger occurs, which in turn, enacts a behavior and then the brain receives a reward. And this happens so repeatedly, that the person no longer has to think about the behavior, it seems to occur automatically. Habits are hard to break because to do so, you’ll need to retrain your brain.  Retraining your brain is difficult, but it definitely can be done, it just takes some time. Some actions you can take to get started on breaking a bad habit are:

Changing your environment- If you’re able to change your surroundings, even slightly, you will reduce the number of triggers you experience. You can do that by taking a different route to work, going on a mini-vacation or changing up your everyday routine. This will disrupt the habit that your brain is used to. With fewer triggers, less reaction to the trigger, and less reward to the brain from the behavior.

Reward yourself for good behaviors- As I said before, your brain is rewarded after a trigger induces a behavior. So, when you successfully avoid the behavior you want to break, reward yourself instead. Eventually, the brain will be retrained away from the habit you desire to break.

Get support- Surround yourself with like-minded people. If you are constantly with people who have the same bad habit as the one you want to break, it’s most definitely going to be harder to quit. Even reaching out to a family member or friend by phone or text will help get your mind off of your habit and help remind you of your goals.

Be realistic- Don’t set yourself up for failure by expecting too much change, all at once. Start small and work up to your desired goal. Know that breaking a habit takes time, don’t expect instant change.

If you hope to break a bad habit and are serious about getting results, follow these steps. You will be on your way to positive change.