We all need to build relationships to sustain our lives. It’s in our nature to relate with other people, to grow close, and to connect with them. Building relationships will always be a huge part of our life’s purpose and is key to our mental and emotional wellbeing.

However, what if you find yourself in a toxic, unhealthy relationship with someone who tends to love themselves more than you or anything else in the world? While self-love is key to being a genuine, loving person, this person’s ‘love’ for themselves may have grown excessively toxic and unhealthy.

A person who is overly preoccupied with themselves and who is incapable of recognizing the value of others may be classed as being narcissistic.

The word “narcissism” traces its origin from Narcissus, a hunter from Thespiae in Greek mythology, who was believed to have fallen in love with his own reflection (and perished because of it). Similarly, the word narcissist refers to a person who has an unhealthy fixation with themselves. People exhibiting these unhealthy characteristics are believed to be suffering from a personality disorder called Narcissistic Personality Disorder (NPD).

If you’re in a relationship with a person or know someone who exhibits these symptoms, here are the signs to look for. 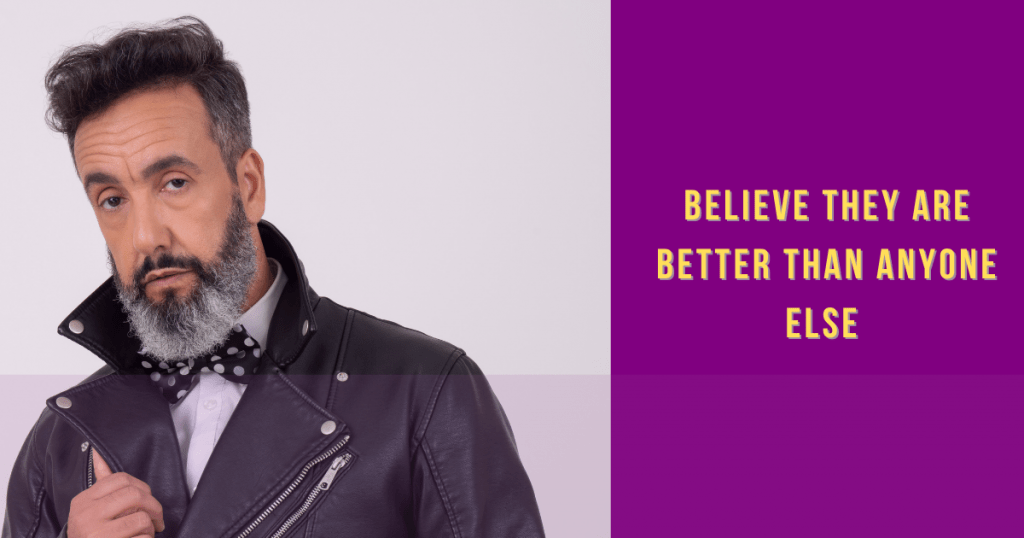 Believe They Are Better Than Anyone Else

A person with Narcissistic Personality Disorder has an unrealistic sense of self-importance or superiority. They view themselves highly and believe they are better than anyone else. They expect high recognition. After all, in their mind, they are the best, and no-one else is better.

For narcissistic people, a simple compliment is never enough. They need to have their ego stroked regularly, and they turn to people who can willingly and selflessly provide this ego boost without them having to give anything in return.

This relationship is always one-sided, and the person giving never receives any praise, they just receive criticism. Narcissists are incapable of giving back favors they wish to receive from others. Withholding your attention or lessening your admiration of this person will be interpreted as a betrayal.

A person suffering from a Narcissistic Personality Disorder has an unhealthy sense of entitlement. They believe themselves to be super special and superior, and they always expect preferential treatment from others. If you don’t agree with them, you are useless to them, and you will be dismissed without hesitation. 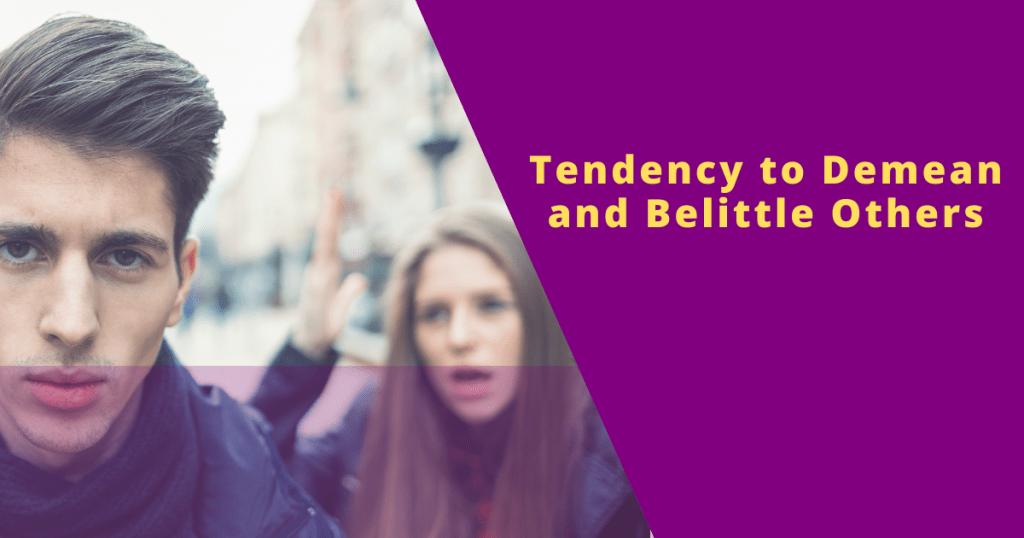 The Tendency to Demean and Belittle Others

A narcissist’s tendency to demean, bully and belittle others comes from their low self-esteem. They are easily threatened by people who exhibit the qualities they don’t have or people who are too strong for them and challenge them in any way. As a defense mechanism, they will hate this person, put them down, or belittle them whenever they get a chance.

Associating Themselves to People with Status

Narcissists think of themselves as being above all others, therefore, their need to associate themselves with people of high status is one of their priorities. They also want more than their peers, so their strive for owning things of high value is paramount.

Take Advantage of Other People

A narcissist constantly needs the support, praise, recognition and generosity of other people; however, they are completely incapable of returning the same favors. They need people around them constantly, simply to be able to serve their needs. They regard them as objects who have to comply and serve them with no complaints. Their ultimate goal is to keep these people in a subordinate position, while they constantly occupy the center stage.

Narcissists are incapable of putting themselves in another person’s shoes, and they don’t care how their behavior impacts other people. The only thing they understand is their own needs. They can exploit others, all the while being shameless and guilt-free in their actions. They don’t see they are doing anything wrong. If you do, look out! You are seeking fault in their behavior.

What may be concerning advice or constructive criticism, will be seen as a direct insult to their being. If you make the mistake of giving honest advice that does not help their cause or inflate their ego, then watch out! They will react negatively and lose their temper. Their anger will be released upon you.

Reality doesn’t support the narcissist’s sense of entitlement, so they live within their own world where they are in control.

Start your Self Healing Journey by Identifying Narcisissitic the Red Flags