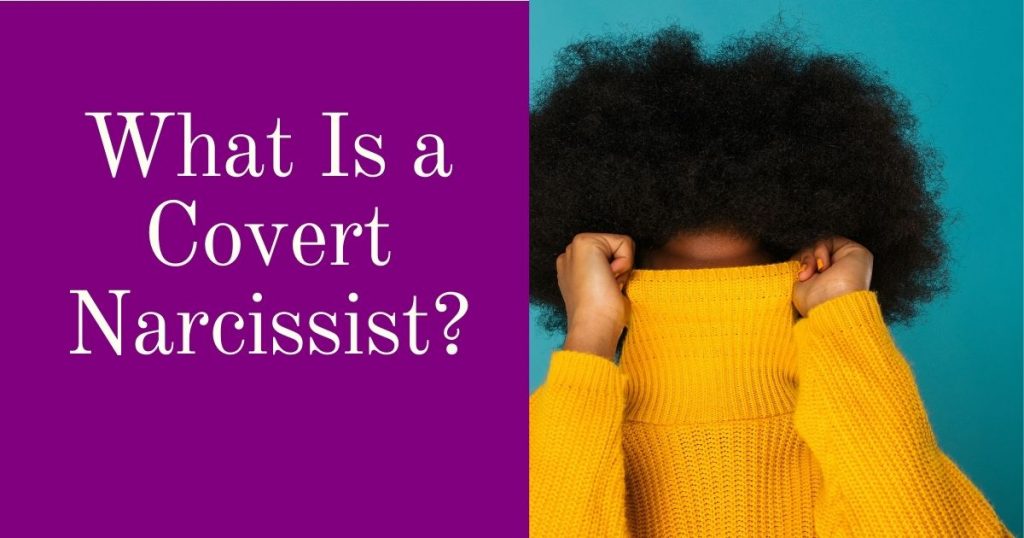 What Is a Covert Narcissist?

It’s often easy to spot a narcissist because they are the ones you notice first. They are usually loud, (so they get everyone’s attention), have an outgoing personality, and exude a demanding presence to match. We don’t normally think of a narcissist as someone who is shy, quiet, and introverted.

However, there are individuals of this personality type who are considered to be narcissists – as equally destructive and just as harmful as the extroverted ones.

In psychology, behavior can either be classified as overt or covert. Overt behaviors are those that are easily noticeable and very obvious to see. Narcissists, or at least what we have in mind for most of them, are regarded to possess overt narcissism because of how obviously they project attention-seeking behaviors.

Meanwhile, covert behaviors are characterized by subtlety and are less noticeable to most people. Similarly, covert narcissism is far less detectable but that doesn’t make it any less harmful or non-existent. A covert narcissist is just as emotionally demanding, destructive, and draining.

A covert narcissist is someone who craves admiration, has a grandiose sense of self-importance, endlessly seeks attention, and possesses an incredible sense of entitlement. They are similar to classic narcissists in their lack of empathy. They are only different in their approach which can be subtle and less observable. And they can act in a different way than most overt narcissists.

The Signs of a Covert Narcissist

Covert narcissists seem to be the great pretenders amongst narcissists, which might be even worse than the overt type. It’s easier to protect yourself from an obvious narcissist than a covert one. Here are signs to look out for to help you detect a covertly narcissistic individual.

They tend to observe, then act (but judgmentally), and initially listen rather than talk (but not with the sincere intent to understand). When they finally speak, their views tend to be highly critical and full of judgment, putting the spotlight only on themselves and their own conceited views.

As incapable of empathy and consideration for the welfare of others as classic narcissists are, covert narcissists tend to overly care about their reputation and about looking good in the eyes of others. While they may do something behind your back completely unguided by any moral compass – which they too do not have – they tend to be more conscious of the results of it. They cover their tracks to conceal what might potentially be a negative view or opinion about them.

Most covert narcissists tend to be extremely sensitive and do not take criticism very well. In the face of criticism, covert narcissists either withdraw or defend themselves with superior smugness. They know how to play the victim to gather sympathy, but even that is motivated by an ulterior motive that naturally favors them in the overall equation. They are more prone to depression and feelings of emptiness. They can seem more fragile than outwardly narcissistic individuals.

One of the hallmark traits of narcissists is their lack of empathy. Although they appear to be more gentle and kind compared to their overt narcissist counterparts, they are no less emotionally unavailable and unresponsive.

Even covert narcissists are unmotivated to give compliments, as their main focus lies in staying above others. In relationships with narcissists, you will constantly find yourself doing most of the work and giving. They may sometimes appear to be emotionally accessible, but this is merely a show to lure you in and have power over you – so they can further diminish you, and manipulate and control you according to their whims.

They may tend to be agreeable at first, verbally agreeing with you and signing on with their commitment. However, they behave in the opposite way, doing nothing or not following through. They are as manipulative as their overt counterparts, but they do so secretively and naturally con their way out of things.

Take this survey and learn if your partner is a narcissist.